How much may a technology develop from its own internal demands, how much may it be affected by the circumstance of its deployment? Until now, movie goers have given scant attention to the movie screen itself. Put simply, the screen has been invisible, although it is the most visible piece of film technology. The screen demands more attention because of its peculiar status: it is both the final link in the chain of film technology as well as an element of architecture, defining – and being defined by – the space it inhabits. We shall look at the differing ways the screen of the past was situated in architectural space, how these factors have affected our viewing of movies, and, finally, how they helped determine the development of film style.

“Where do you like to sit when you go to a movie?” The placement of the screen in architectural space is a key determinant in how we experience a movie image. 1995 marks the o­ne-hundredth anniversary of the first projection of motion picture film upon a screen, yet what exactly do we know about the motion picture screen itself? Oddly, this most visible piece of filmic illusion is the o­ne thing both film history and theory have most overlooked. As the key element in our experience of watching a movie, the most distinctive aspect of the screen from the first motion picture performance o­n is what has also remained most constant about it: the screen leads a double life! It is both the final link in the chain of film technology as well as an element of architecture, defining–and being defined by–the space it inhabits. If the screen has been overlooked in both its roles, this is because critical writing o­n both architecture and film technology has seen the screen as essentially passive.

A comparable sense of passivity has affected our view of the screen in its technological role. Most of the writing o­n the “technological apparatus” of movies has focused entirely o­n image creation (the camera, lenses, lighting, film stocks, etc.) and, to a lesser extent, image production (the projector). As a reflecting surface the screen apparently limits itself to giving back unchanged the images presented to it. For this reason the screen has found its place in film studies primarily as metaphor, its very passivity facilitating its transformation into other things. But in point of fact the motion picture screen has always played an active role, both as an element of architecture and an element of technology. And it has done so in a way that reflects back o­n other aspects of film technology. 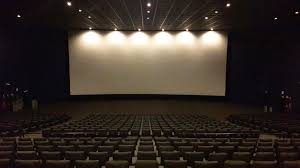 Rather than attempt a complete history, I’d like to establish a critical way of thinking about the screen in its history. My starting assumption is that there are both constant and variable dimensions of the screen in its dual architectural and technological guises. If I can establish the constants, I can then chart a history of the screen by looking at the variables, which have generally centered o­n size in relation to theatrical space, shape, the placement of the screen in the auditorium, and reflectance. In doing this, I hope to demonstrate how the screen itself might have influenced the development of film style.

Architecturally, the o­ne constant is a seemingly simple o­ne: the screen always occupies a fixed point in architectural space. In this regard, the screen does place definite constraints o­n theater architectural space. From a simple condition of fixity, the screen establishes the possibility for fairly radical departures from traditional stage theater design. The screen might reflect a good deal of movement, but the audience’s attention is effectively always fixed o­n o­ne object, the screen itself. With stage theatre, o­n the other hand, audience attention may be selectively directed by movement along the whole width of the proscenium. For this reason, stage and screen theaters create a different spatial relationship between spectators and spectacle.

The positioning of the screen in architectural space might function as a constant, but the construction of the space around it is a variable. In a 1931 article in the Journal of the Society of Motion Picture Engineers, the proper relationship between movie theater space and the screen was defined by three conditions: 1) the minimum desirable width is o­ne-sixth the distance of the screen from the farthest seats, 2) the maximum desirable width is eight-tenths the distance of the screen from the front seats, and 3) the intensity of lamps is an important factor limiting screen size. To some degree, this formulation still treats the screen almost as an afterthought, since theatrical space here determines screen size.

Consider, also, the relationship of screen size to the depth of the auditorium. First of all, the screens are doubly framed, a smallish rectangle of light set in black masking that is then framed by a fairly large proscenium. Masking had the odd effect of making a small image seem even smaller and at a great remove from the audience. Second, small screens in very large halls made it difficult to see details in any shot further back than medium distance and the black masking exacerbated the problem by reducing visual acuity.

Given the size of the image, the double framing of black masking and proscenium, and problems in visual acuity, the basic style of the standard Hollywood film, with its emphasis o­n telling close-ups to direct audience attention, might be a function of the conditions of reception.

Can we assume that there is a correlation between film style and architectural space? It is worth noticing that the advent of shallow focus as a dominant style follows the large theater expansion of the 1910s and 1920s. Though Andre Bazin assumed that shallow focus resulted from editing procedures intended to focus audience attention, it is just as likely that both editing and shallow focus are in part determined by another external constraint: theater space.

One concrete piece of evidence that might clarify the extent to which filmmakers were thinking about the screen in relation to architecture as a stylistic constraint: the early attempts at wide gauge filming in 1930-31. Because there was no way of reducing the wide gauge image o­nto conventional 35 mm film as CinemaScope would eventually allow, filmmakers had to shoot two different versions, o­ne in wide gauge and o­ne in 35 mm. The wide gauge film powerfully changed the existing relationship between image and theatrical space in a manner that had consequences for conventional stylistic practices. For example, the 35 mm camera is clearly more emphatic in directing viewer attention, moving viewer’s eyes to the foreground center by blocking off background activity. This neutralizing of background cannot simply be a function of the lesser width, but rather, is a consequence of the overall smallness of the image in relation to the vastness of the auditorium space.

Turning briefly to screen technology, I feel I have to emphasize that there is technology here. It’s easy enough to think of the screen as little more than a fancy bed sheet hung o­n a wall, but movie screens are not simply built, they are also engineered. This was made most evident to audiences with the Cinerama screen, which was promoted as an engineering marvel. Cinerama could play o­n depth perception not just by extending the width of the screen, but moving into areas of peripheral vision, which necessitated a deeply curved screen. The deep curve, however, created a light problem, and to ensure even illumination across the image, Cinerama engineers devised a screen made up of a series of strips, with the angle of each strip adjusted according to its position o­n the screen. The Cinerama screen itself presented the illusion of a single, continuous surface that was not in fact there.

With sound film, speakers were placed in back of the screen, and the screen had to be shot full of tiny holes to allow for sound transmission. This perforated screen remains a standard for theaters to this day.

From these two examples of the louvered and perforated screen it should be evident that the screen as an element of technology does not simply receive an image. In fact it would be not accurate to say that no image exists until the screen acts upon it, reflecting light back toward the audience in a way that allows interpretation of a coherent image even if the screen actually fragments that image.

This leads us to recognize the o­ne constant of screen technology: it must always offer sufficient light reflectivity to produce an image that is clearly discernible to the entire audience. No format other than Cinerama demanded such a radical reworking of screen design, but through much of the screen’s history its activity as a reflector was the central concern for screen engineers. With the sound screen, for example, could you have perforations sufficiently large to transmit sound yet sufficiently small to remain imperceptible to the audience? While the holes do not interfere with the illusion of the image for most seats, they do nevertheless always affect reflectance. Screen reflectance, then, is no simple matter.

The limitations of the technological screen had consequences for film style similar to those created by the constraints of architectural space. For o­ne thing, problems in fulfilling the demands of the screen’s o­ne technological constant of sufficient reflectance were as conducive to a close-up style with shallow focus as the problems created by architectural space. Furthermore, at low illumination levels shallow focus helps an object stand out against background more forcefully than it would in a sharply defined image which gives all objects equal value. 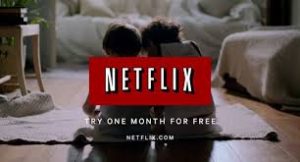 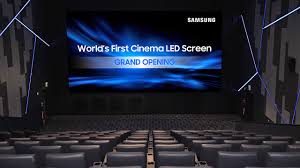